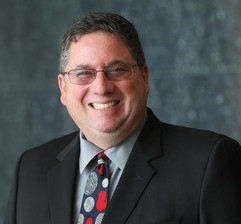 Born in Richmond, Virginia, and later raised in Montgomery County, Maryland, Harry Siegel attended college at The University of Maryland, College Park Campus, studying English and Government and Politics. He thereafter became the first ever participant in a dual degree program between the University of Maryland School and Public Policy and the University of Maryland School of Law. During graduate and law school, he worked for the former Majority Leader of the United States Senate, the late Robert C. Byrd. He also interned for the late Honorable Joseph C. Howard , Federal Judge of the United States District Court of Maryland. After graduation, he became a judicial clerk for the late Marvin B. Steinberg, State Court Judge for the Circuit Court for Baltimore City, Maryland.

Mr. Siegel has more than 25 years’ experience in domestic and matrimonial law, including divorce, custody, pre and post-nuptial agreements, child support, domestic violence and appellate litigation. Mr. Siegel lectures and teaches attorneys, judges and other professionals on all aspects of domestic law.

Mr. Siegel’s style of practice is adaptable to the needs and requirements of his clients. Many clients require aggressive planning and litigation. Many clients prefer mediation and dispute resolution. A combination between these two styles is often warranted. His overall goal is for his clients to be well-informed, thoroughly understand their options and then decide upon a path to help move their lives forward.

Mr. Siegel and his family live in Clarksville, Maryland. His interests and hobbies include gardening and cooking, as well as playing tennis.

We use cookies to ensure that we give you the best experience on our website. If you continue to use this site we will assume that you are happy with it.OkNoPrivacy policy
Revoke cookies