Our omni-channel approach fought the Flu with a whopping 10,308,341 impressions for our digital campaign metrics, and 3,596,239 for Facebook and Instagram.

ABOUT MARYLAND DEPARTMENT OF HEALTH (MDH)

The Maryland Department of Health (MDH) is dedicated to protecting and improving the health and safety of all Marylanders through disease prevention, access to care, quality management and community engagement.

With influenza and COVID-19 circulating simultaneously in Fall 2020, MDH deemed it essential to launch an influenza vaccine promotional campaign to raise awareness and increase the number of administered flu vaccines. This has the added benefit of minimizing additional stress on the health care system already impacted by COVID-19.

IMPACT was contracted to develop and execute a statewide, multi-platform communications campaign to inform and educate the public about critical topics related to the 2020 influenza season and flu vaccine.

After reviewing existing communications resources pertaining to flu vaccines, including the CDC’s communications toolkits and results from message testing research, IMPACT concluded that these pre-existing assets did not adequately feature many of MDH’s high priority messaging points, namely influenza’s relationship to COVID-19. More specifically, the devastating effects of getting both the flu and COVID-19 at the same time, as well as preventing additional strain on health care resources already taxed by the pandemic.

With this information in mind, we developed messaging to reach MDH’s statewide target audiences, which included the general public (from children to seniors), and individuals at higher risk for COVID-19 infection: African Americans, Hispanics, and older adults. 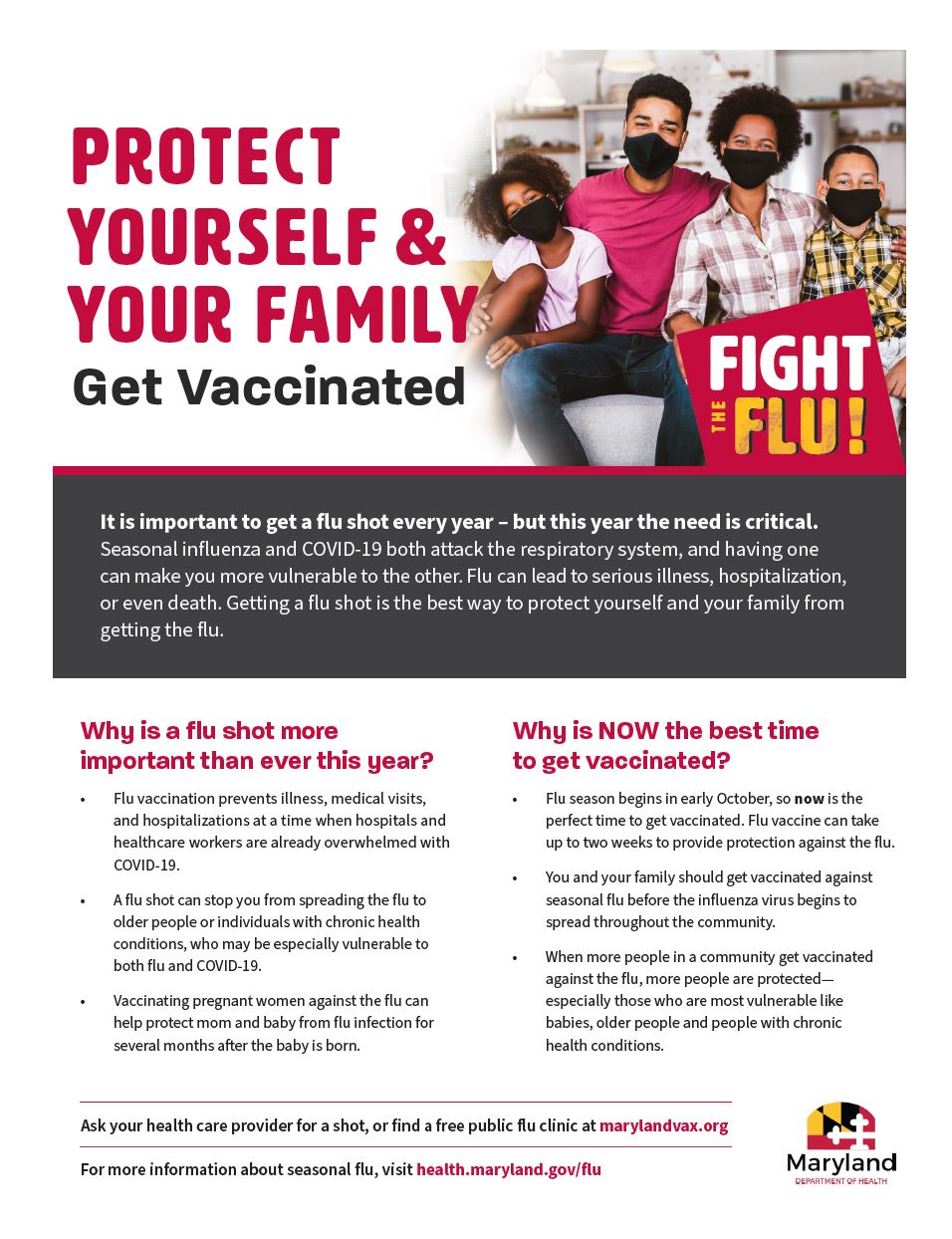 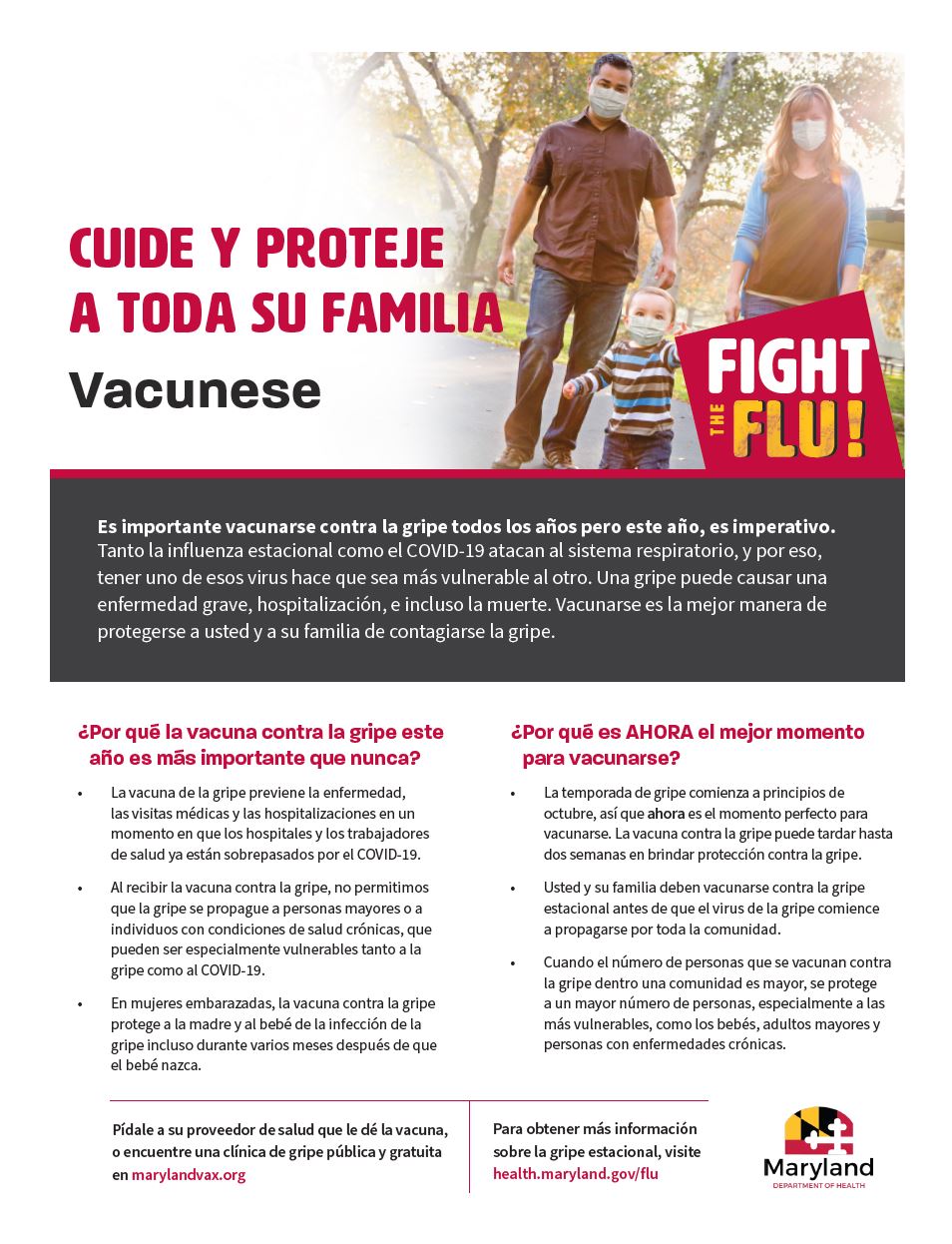 The MDH Vaccination Team recommended campaign messaging and assets based on their goals to increase the number of Marylanders who receive the flu vaccine for the 2020/21 flu season and to reduce influenza infection rates in the state of Maryland.

The Vaccination Team provided messaging suggestions such as, “Because of the COVID-19 pandemic, reducing the spread of respiratory illnesses, like flu, this fall and winter is more important than ever.”

IMPACT identified one all-encompassing tagline which became the slogan and logo for the campaign: “Fight the Flu!”

Our research showed that many people did not actually need to be convinced to get vaccinated, but just needed some reminders to actually do so. This opened the door for us to create a series of lighthearted and fun graphics to reinforce the connection between colder weather and the start of the flu season. Loosely referred to as the “Sweater Weather” concept, this idea became a framework for countless opportunities to associate flu shots with positive micro cultural and seasonal activities, such as pumpkin picking, watching football on TV, holiday traditions, and many more. IMPACT Marketing created another set of social media graphics and digital ads that featured “Get a Flu Shot!” on a to-do list. The idea was to demonstrate that getting a flu vaccine is just as simple and convenient as picking up milk. In fact, you can get a flu shot while you are at the grocery store or a pharmacy. Finally, a hallmark of our campaign featured Maryland celebrities, such as UMBC’s own Dr. Freeman Hrabowski, as “Flu Fighters.” 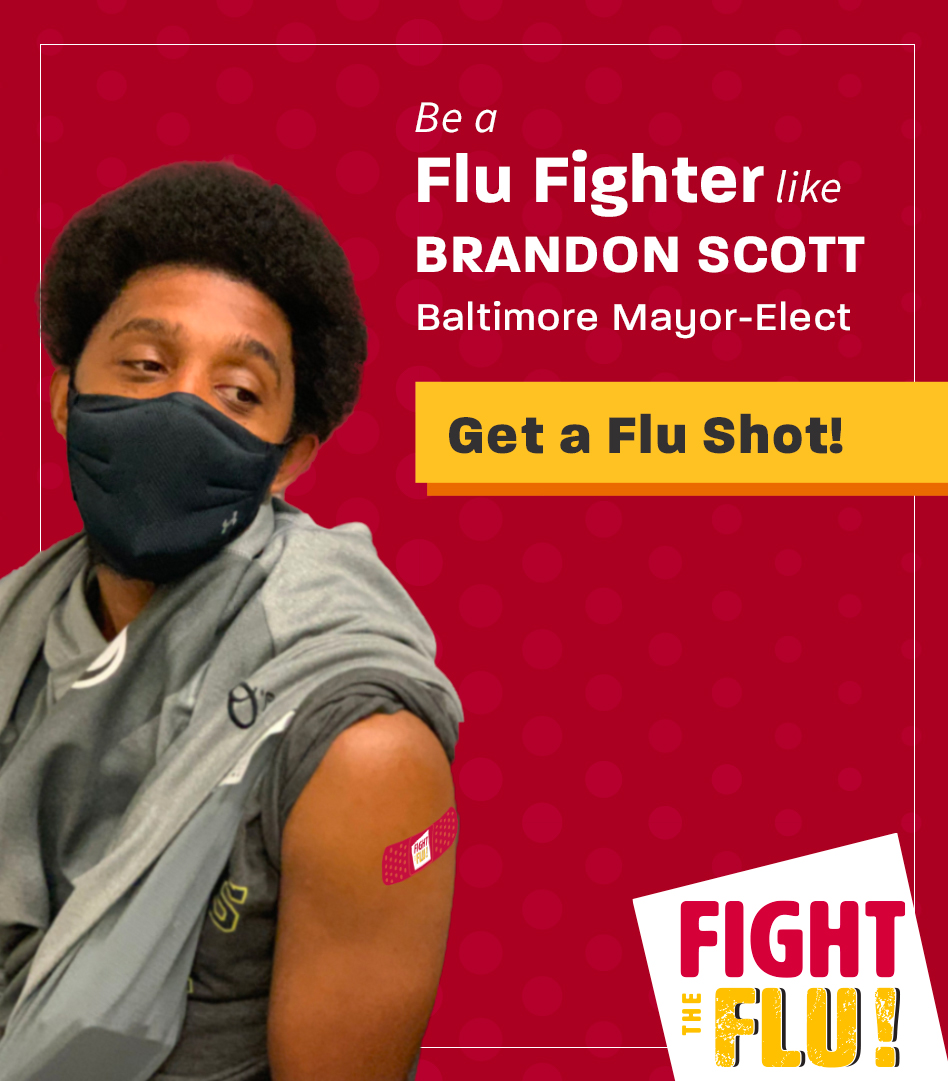 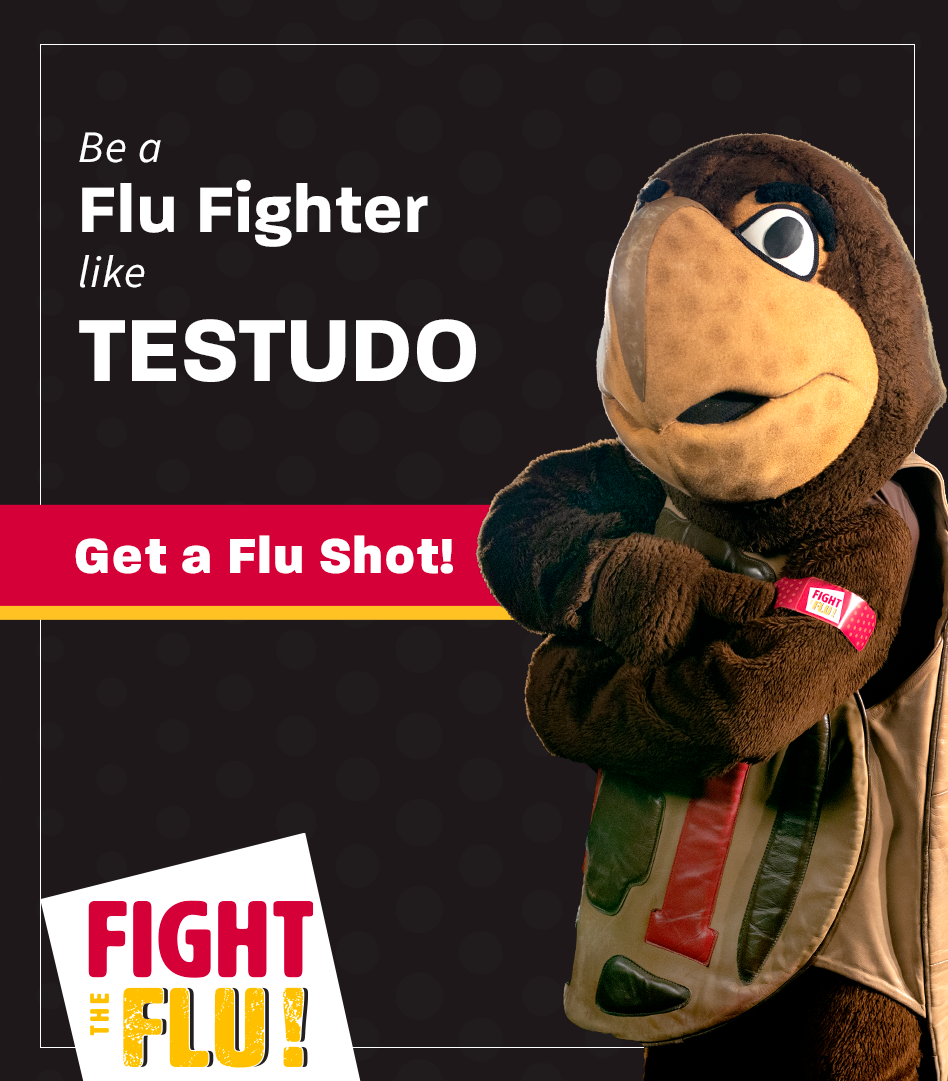 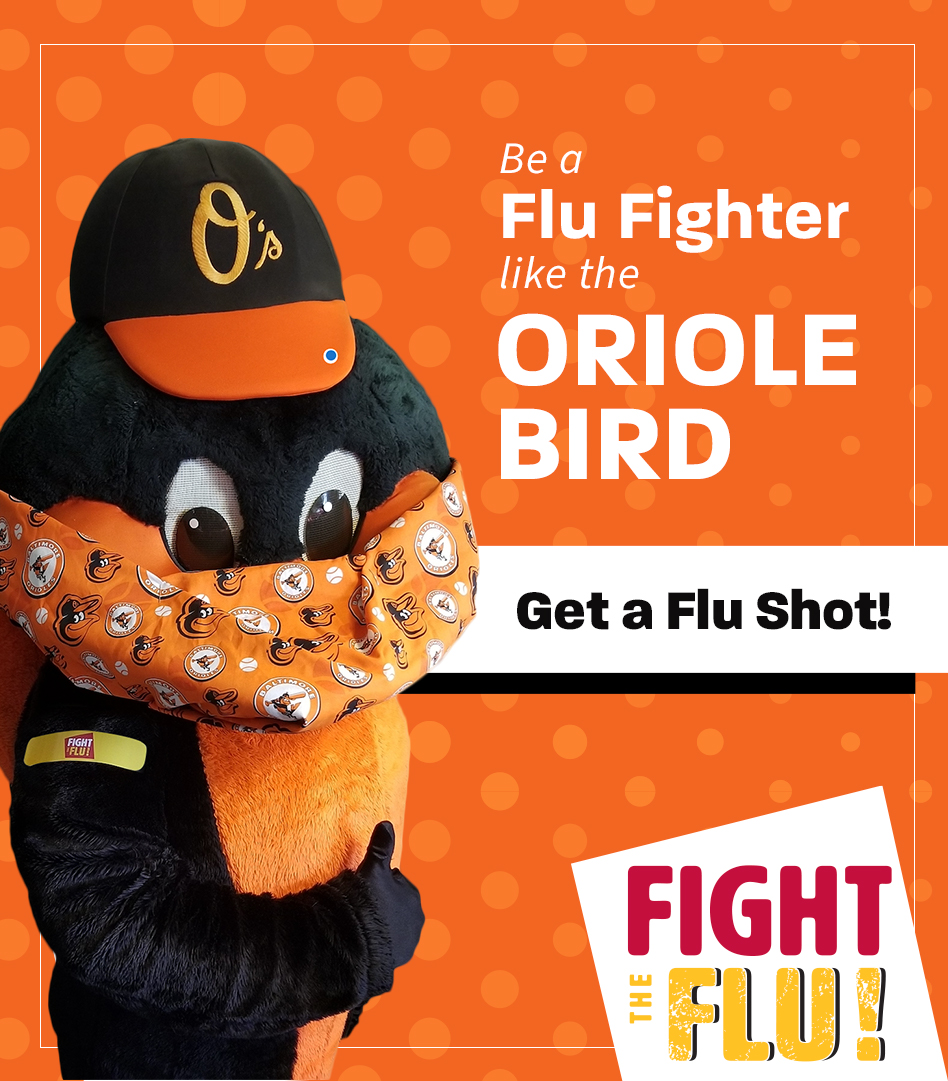 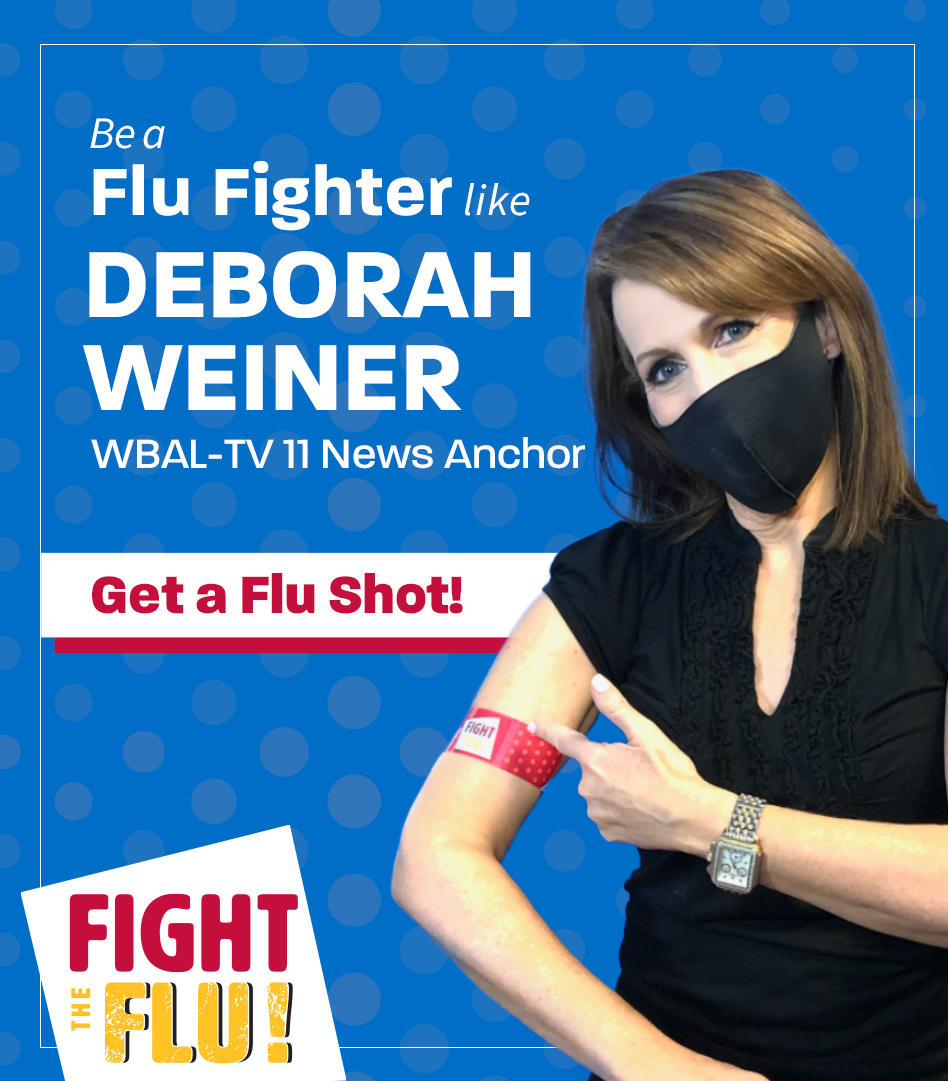 Our omni-channel approach was successful in reaching a broad audience of Maryland residents, successfully educating them about the flu vaccine.